Top Reasons Why BIM Adoption for General Contractors is Must

Top Reasons Why BIM Adoption for General Contractors is MustLeo VictorApril 11, 2020May 25, 2022 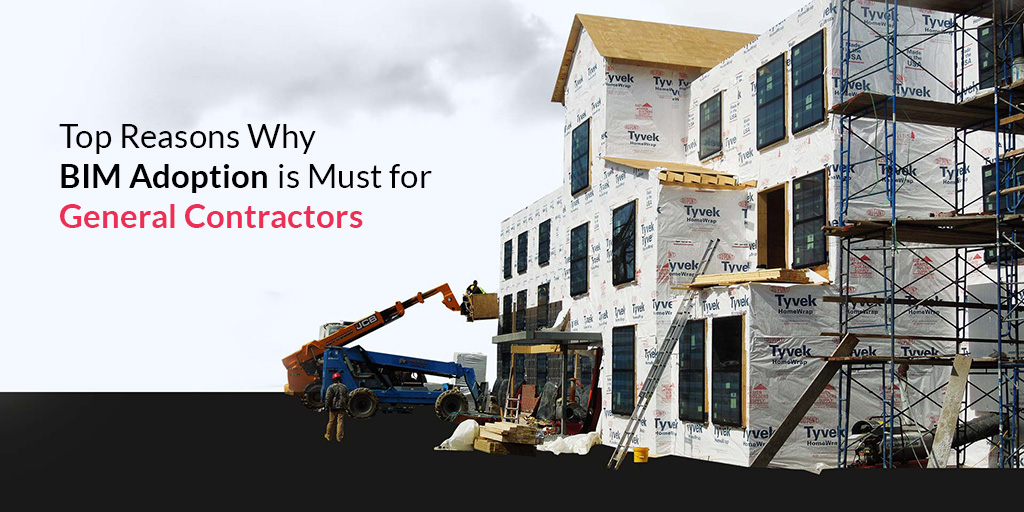 On the other hand, a sub-contractor is someone who is hired to perform a specialized task pertinent to the project, by the General Contractor. They are responsible for the completion of one specific job, which is important to the completion of any construction project.

So, the hierarchy is Client –> General Contractor –> Sub-Contractor.

Further in the hierarchy can be a chain of suppliers and sub-contractor.

Once the contract has been awarded to a General Contractor, they are responsible for hiring subcontractors. It might be specialized service providers like – Mechanical, Electrical, Plumbing, Fire Protection service providers, or even painters. After a General Contractor has been hired, they look after executing the project, and hence, their role becomes vital. Their prime responsibility is to deliver the project on time, within budget, and as per the agreed standard of quality.

How Does a General Contractor Provide Value to a Project?

General Contractors are appointed to oversee the total status and completion of the project. Their role in the project depends on the scale, complexity, and type of project. When the project is larger in scale, it becomes a lot more complicated.

The role of General Contractor is to ensure that-

In most of the cases, when a PPP is involved, a General Contractor is held accountable for a great degree of variables with the help of covenants and risk management contracts.

So, to put it simply, a General Contractor becomes the key risk, project, and quality management center for the SPV, until the project is handed over to an Operation & Management agent. If the General Contractor was hired for the O&M contract itself, the responsibilities are of similar nature – with the exception of the timeline, which is now elongated.

Download VDC/BIM Coordination Dashboard for Gatekeeper Meeting that is specially designed to represent VDC coordination status & progress of clashes among trades/disciplines & its trend, RFIs, and COs (Change Orders).

Why BIM Adoption for General Contractors is Must?

Don’t have the time to read the whole blog, no worries you can download it and read it at your convenient time.

How Can BIM Help a General Contractor?

BIM has been the talk of the town in the Design-Built Industry. Yet, there are many misapprehensions when it comes to an overall understanding of BIM. One of the most common misconceptions is that BIM is merely a technology, a tool, or a 3D design of the project. However, BIM is actually a process of creating a virtual representation of physical and functional characteristics. Its uses are not limited to the representation of the project but also managing all the information about a project, leading to an output known as a Building Information Model.

In this phase, a General Contractor is interfacing with the client. The project owner and designers can convey their expectations directly to the contractor using BIM, which makes room for accurate project schedules and cost estimates. In this phase, BIM offers visual representation to the contractors and helps them to manage project risks by identifying design flaws, reduce rework and expenses.

In this phase, the General Contractor is responsible for the execution of the project. BIM provides data that can help in assigning tasks efficiently using the model and track the progress of the project by updating the model. BIM can be linked-to the schedule of the project while recording labor’s productivity information to bring complete transparency. Any changes made in the model is available and visible to the entire team, this fosters collaboration between the contractor and other project teams.

BIM will help you manage your entire construction process with greater ease. Here’s how:

Most general contractors are hired for the construction of the structure. Once it is operational, the project reaches its asset management stage. Here is how BIM can help a general contractor smoothly finish this stage:

Building Information Model uses a 3D visual representation to plan, design, and collaborate with different project teams during the construction lifecycle. General Contractors are adopting BIM as it is facilitating them to deliver projects faster and better.

So clearly, BIM adoption is gaining traction in the AEC industry. It helps General contractors efficiently execute and manage building projects with increased quality, productivity, efficiency, and safety. Hence, it is a must for a General Contractor to sooner adopt BIM for their projects.

Related Article: How BIM can help a subcontractors? 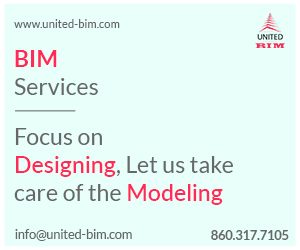 BIM Services- Focus on Designing, Let us take care of the Modeling